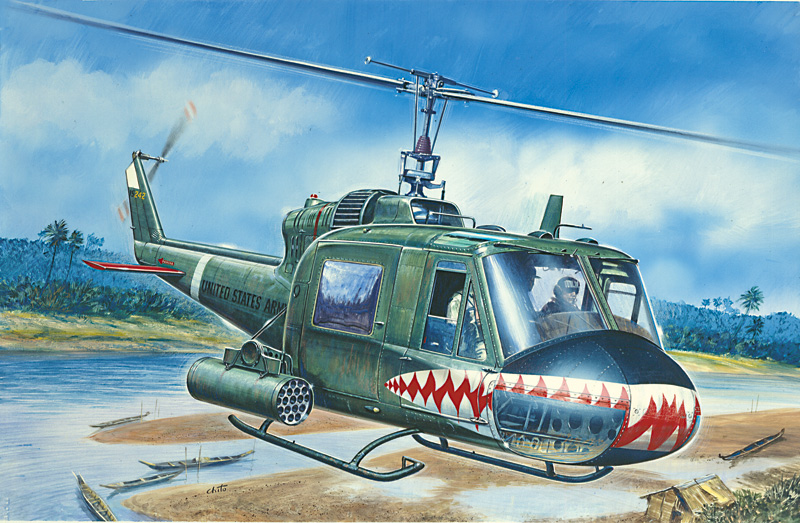 During the Vietnam war the use of combat helicopters changed the battle strategies profoundly. During these years the UH-1 - known as the Huey - was used by the U.S. forcesfor rapid deployment into combat zones. Many choppers were modified and heavily armed to support the ground forces. originally the B version was used extensively, but gradually acompanied by the C version.