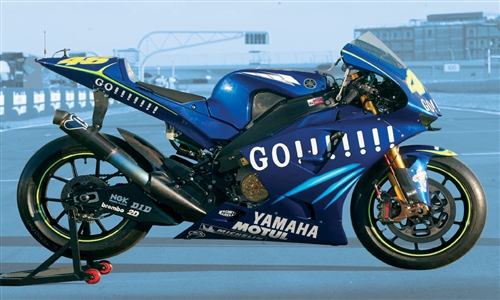 By signing on racing phenomenon Valentino Rossi, Yamaha had set its sights on winning the world title, a goal that had remained out of its grasp for far too long, the last victory being with W. Rainey in 1992. It would be no easy task: owing to contractual problems, Rossi was unable to test the new motorcycle before January. Nevertheless, at the first long-awaited race Rossi exceeded even the most optimistic expectations. The race turned out to be a thrilling contest between arch-rivals Rossi and Biaggi. To the delight and incredulity of the entire Yamaha team, Rossi took the chequered flag to win the first GP of the season. The message was clear: the M1 was already competitive and ready to battle it out for supremacy with Honda. The whole season was characterised by a head-to-head battle between Rossi and Gibernau and only at the penultimate race was the Yamaha M1 crowned world champion 2004.