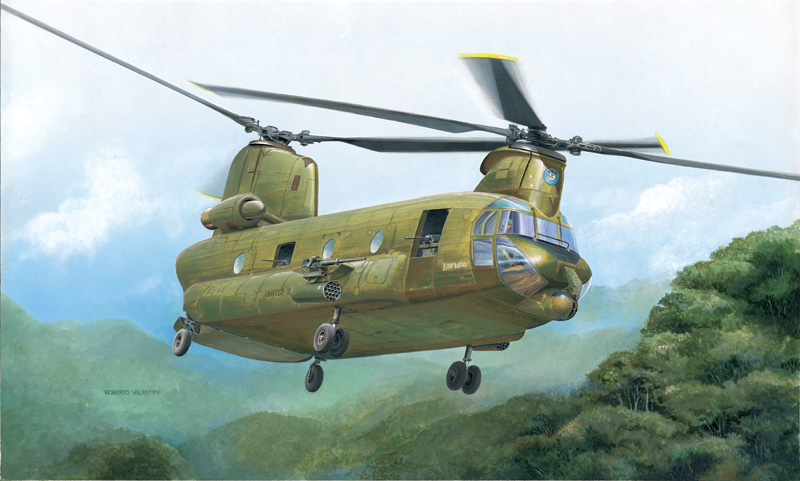 In 1965, during the Vietnam war, the outstanding load capacity of the CH-47 Chinook led the U.S. Army to request a heavily armed version in order to provide support for the AH-1 Cobra. The first flight took place on 6th November of the same year and, in May 1966, four examples of these heavy Chinooks, assigned to the 1st Air Cavalry Division, were stationed at the An Khe base for trials. Thanks to heavy armaments, including a 40 mm XM-5 grenade launcher, two 20 mm M-24 cannon, five 12.7 mm M-2 machine guns and two hook-up points for rocket launchers or other loads-plus heavy armour to shield both crew and helicopterthe ACH-47 proved highly effective in a ground troop support role. Nevertheless, because of the complexity of the aircraft and the pressing need for transport versions of the Chinook, the U.S. Army halted any further development.