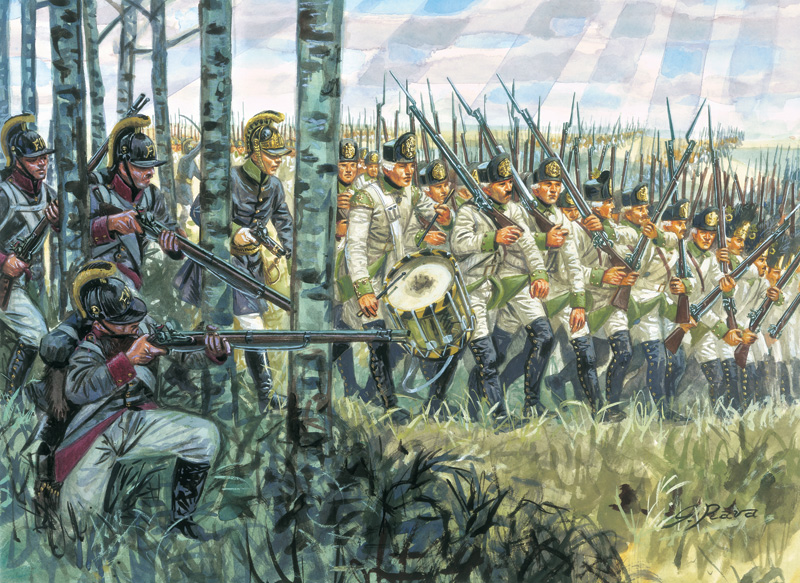 On June 14th, 1800, Napoleon, recently appointed first consul, clashed in Marengo against the 31.000 strong army of the Austrian general Baron Melas. The French victory was obtained thanks to the sacrifice of general Desaix and dramatically affected the political scenario of Napoleonic Europe.The Austrian Infantry in this kit is shown with the typical, short leather cap, with the brass front plate bearing the imperial eagle. Some soldiers are represented with the 1798 helmet, bearing Francis II's initials, as it was customary for Frei-Corps or Jager light infantry battalions.