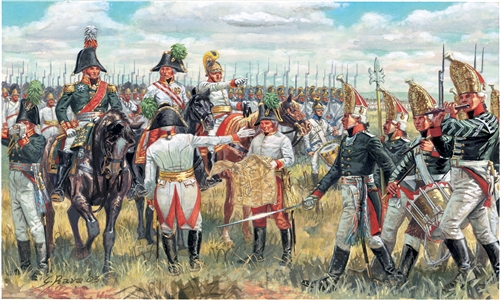 The elite regiment of the Pavlosky Grenadiers parades before the Tzar Alexander 1st of Russia and the Austrian Emperor Francis 2nd. This could be a scene before the battle of Austerlitz in December 1805, when the allies of the third coalition clashed with Napoleon's Grande Armée.