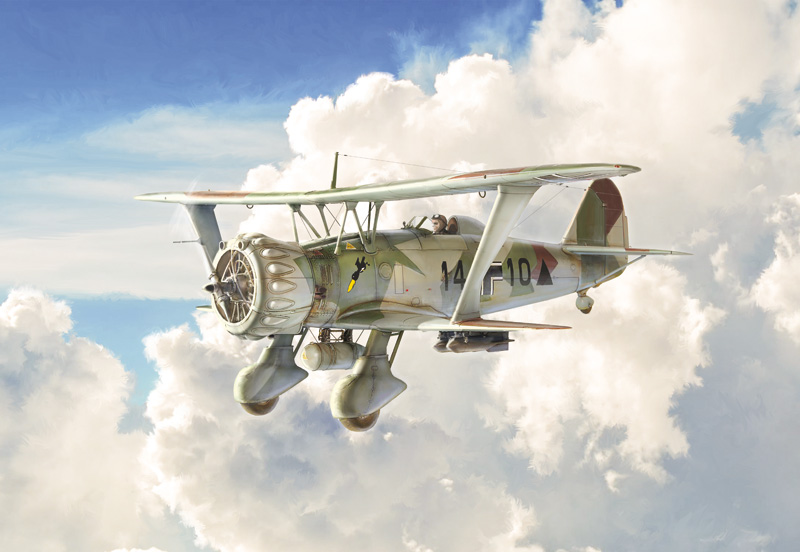 During the 1930s Henschel were tasked to design and build a ground attack aircraft that could provide support to ground troops. This led to the creation of the robust Henschel Hs-123 biplane, which was supplied to flying Squadrons in 1935. The first operational deployment of the aircraft took place during the Spanish Civil War to the Condor Legion squadrons. Due to its 880 hp BMW radial engine the Hs-123 was able to reach a top speed of 340 km/h and could carry a large offensive payload. During the Second World War, despite its proven reliability, the rapid technological evolution of aircraft design, engines and performance relegated the Hs-123 to supporting roles. On the Eastern Front for example, it was used primarily in a night-time ground attack role.