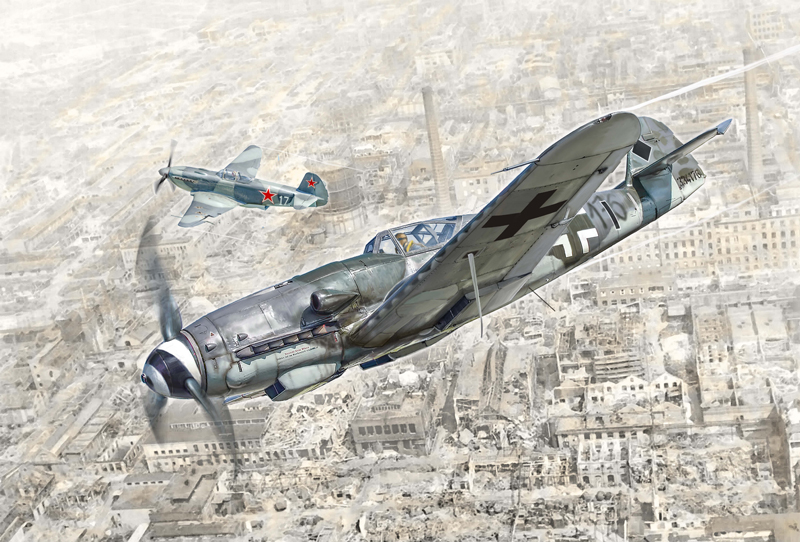 The Messerschmitt Bf 109 is undoubtedly one of the best-known fighters of the Second World War and is considered an iconic aircraft of the German Luftwaffe. During the conflict the engines and armaments were regularly upgraded to be kept in line with the emerging, more modern enemy fighters. The Bf 109 K-4 “Kurfürst”, introduced at the end of 1944 and substantially derived from the G model, was the last version produced of this famous German fighter. It was equipped with a powerful 2000 HP Daimler-Benz DB 605 supercharged engine and was able to exceed 720 km/h. Another notable feature was its impressive climbing capability which was even superior to that of allied fighters. Armed with a powerful 30 mm MK108 cannon installed in the propeller hub, and with two MG 131 13 mm. machine guns. on the engine cowling, the Bf 109 K-4.