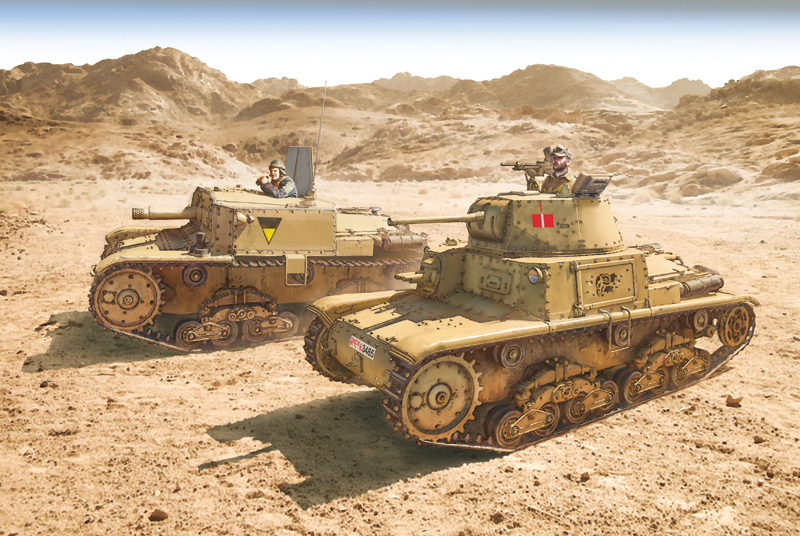 The production of Italian tanks during the Second World War was mainly focused on the "M" type. The M-13/40 was perhaps the most recognizable and widespread tank of the Italian Regio Esercito.  It was characterized by its amour which consisted of riveted steel plates and its main armament, a 47 mm gun. Although superior to the Italian light tanks of the "L" series which were relegated to perform reconnaissance duties, it in turn became obsolete during the war, and was ultimately unable to match opposing enemy tanks.  The self-propelled M-40 gun was also built on its chassis. Equipped with a 75 mm gun it was very effective and feared by enemy armored vehicles. The optimum operational deployment was the combination of the M-13/40 flanked by self-propelled gun units which were able to complement the limited firepower of the tanks. During the war several improvements were made on the tanks and self-propelled guns in terms of technical solutions and armaments.