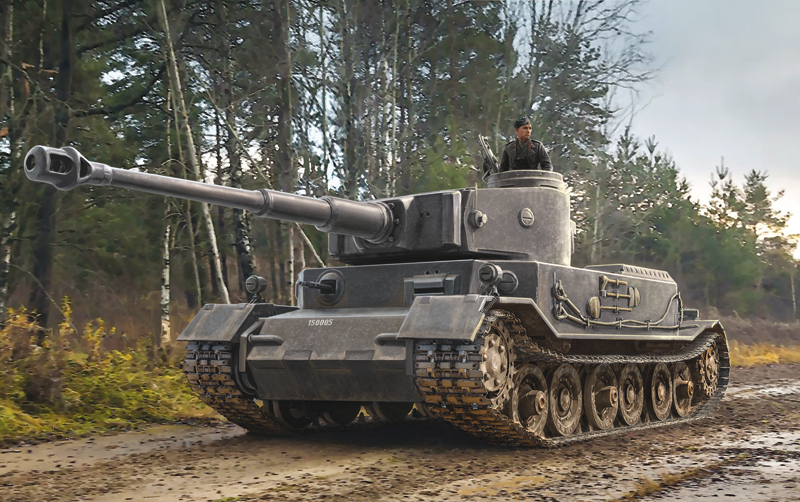 The German Army, during the Second World War, expressed the specific need to have available a heavy tank, characterized by an high protective armor and armed with a high velocity gun able to defeat every kind of enemy tank. Ferdinand Porsche, to meet the request, developed the heavy tank VK 4501 (P) prototype.  The tank introduced several innovative solutions for the time but not enough reliable. In fact, during the testing, the tank highlighted some weaknesses in the driving system and in the engine that didn’t permit to go ahead with the mass production. The German Army preferred the Henschel prototype, the VK 4501 (H), which became the development base for the famous and lethal Tiger I. However, from the first production batch of the VK 4501 (P) Porsche released other versions as the new heavy Jagdpanzer “Ferdinand“ that mounted the longer 88 mm. gun.