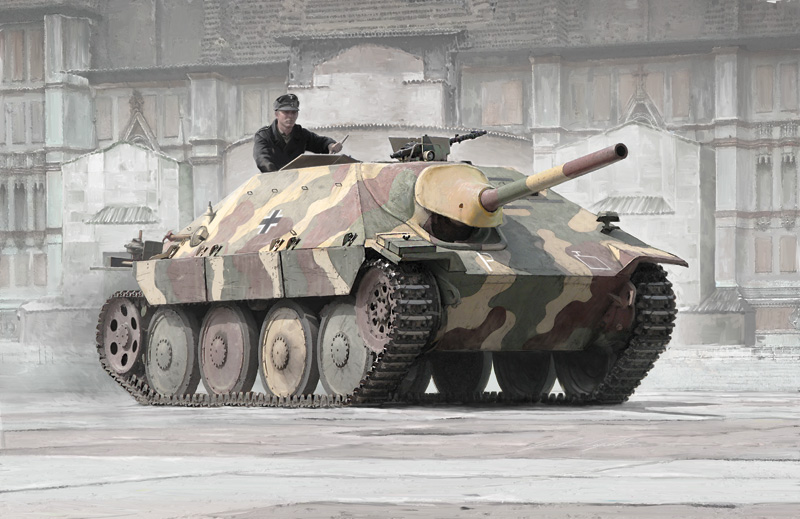 Born on the reliable and proven Panzerkampfwagen 38t light tank chassis, the Hetzer was set in the second half of 1943 to equip the German Army with a light tank destroyer more cost effective than the bigger and heavier Jagdpanther and Jagdtiger. The main features of the project were : a low profile, a good armored compared to the size, and a good fire power guarantee by the use of the 75 mm. anti tank gun. Further more other important developing drivers were the possibility to produce easily and at a low cost. The Hetzer entered in service in the second half of 1944 and it was  extremely effective and lethal  even against the most powerful Allied tanks.