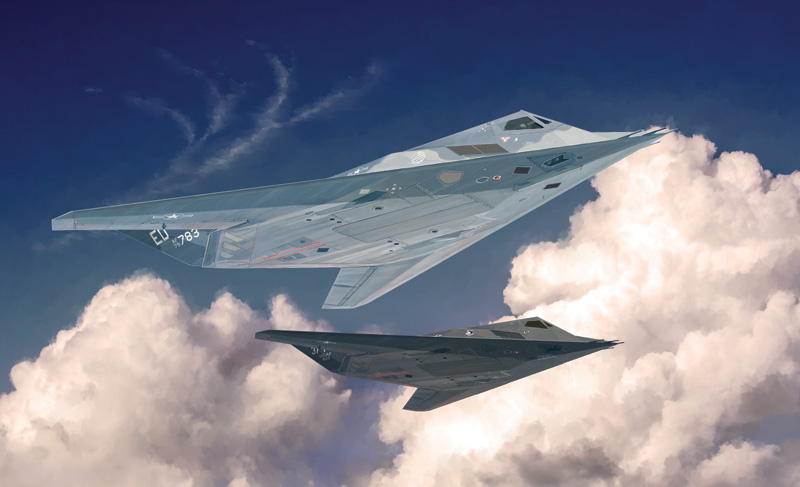 The single-seat attack aircraft F-117 Nighthawk was developed by Lockheed Martin and operated by the United States Air Force. The first prototypes were released in the ‘80s but the “Nighthawk” project was considered classified for several years. The F-117 was in fact developed on advanced stealth technologies designed to avoid detection and to reduce reflection and radar emission. To enhance the stealth features, the offensive armament was located in two internal weapons bays able to carry more than 2,200 Kg of bombs as the laser-guided GBU Paveway or the JDAM (Joint Direct Attack Munition) bombs. Thanks to its two General Electric turbofans engine the F-117 Nighthawk was able to reach the max speed of Mach 0.92. The F-117 obtained a very high media visibility during the Gulf War in 1991 and during the Balkans War.