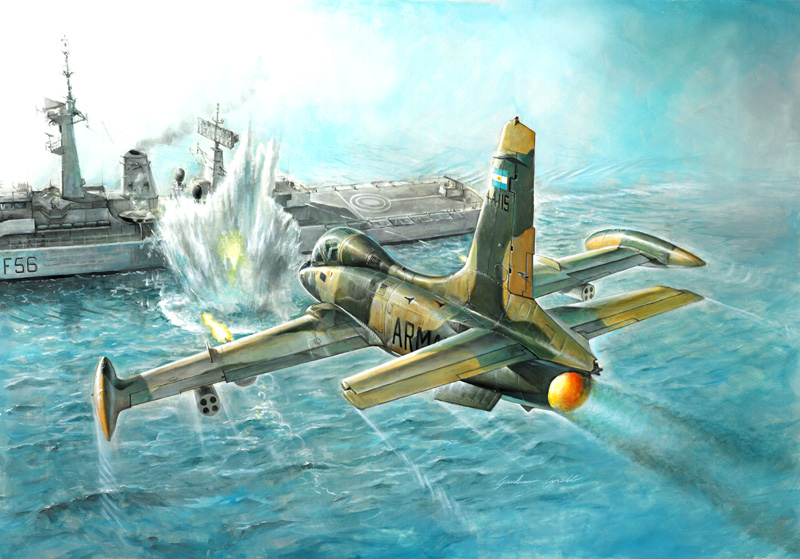 The Aermacchi MB-339 was developed as a direct evolution of MB-326. The MB-339 project was in fact based on the main aerodynamic characteristics of its predecessor, enhancing the role of advanced military trainer through the redesign of the forward fuselage to raise the instruction’s seat and to increase visibility. Thanks to its maneuverability, the good operational flexibility, and the possibility to load a wide range of weapons in its hard points under the wings,   the MB 339 has also been developed to perform light attack and close support duties.   The Italian Air Force is the main user of the MB-339 as advance trainer plane. Furhter more the MB-339 has been used by Argentine Naval Aviation, as light attack fighter, during the Falkland / Malvinas Was in 1982.