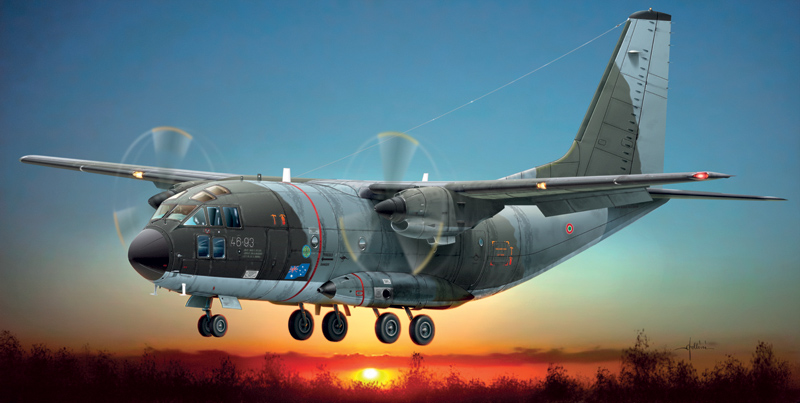 The twin-engines Aeritalia G-222 was designed, during the late '60s, by the aeronautical engineer Giuseppe Gabrielli. Gabrielli  has been  the  father of an impressive number of military aircrafts: from the Second World War fighters Fiat G-50 and G-55 to jet Fiat G-91. The G-222 has been created for a specific need of the Italian Air Force: to have a tactical transport aircraft, smaller than the four-engines Locheed C-130 Hercules, able to take off and land on very short and not prepared airstrips. The first flight took place in 1970 and from the mid-'70s, it was assigned to the flight departments. Thanks to two turbo propellers engines, the aircraft is  able to reach the speed of 480 km / h. It also has  an excellent handling and maneuverability  even at full load. The Italian 46.ma Brigata Aerea located in Pisa was the main user of the G-222.  From 2005 it has been progressively replaced , by the more modern C-27J Spartan.