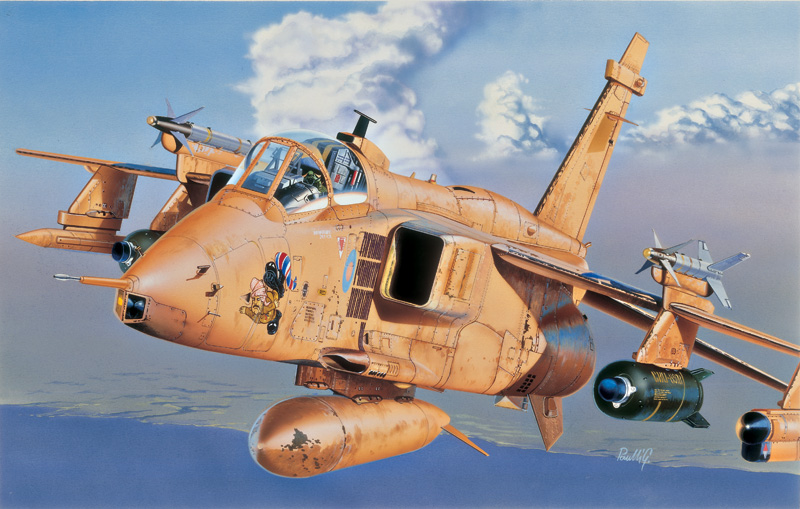 Towards the end of the sixties the British and French aircraft industries created an aerodynamically outstanding fighter/bomber, the Jaguar. The ground attack version used by the Royal Air Force has a more sophisticated electronic navigation and bombing system than the French counterpart. Notwithstanding the fact, that the airplane has been in service for more than 20 years, it is still to-day considered to be a valid support aircraft for the Tornado. During the Gulf War the Jaguars have been used against the Iraqui Forces in hundreds of missions without a single loss. Many successful missions ware also carried out during the Balcan conflict.