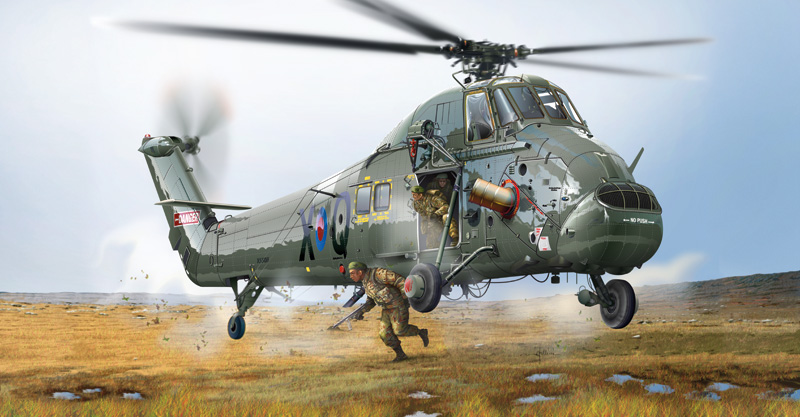 The Wessex, easily recognizable by its distinctive line characterized the cockpit placed high, was produced by the British Westland under license. It was based on the American helicopter Sikorsky S-58 “Choctaw” project with the adoption of a British turbine-powered 1,200 HP Rolls-Royce engine. The Wessex has proved an extraordinary longevity. It was, for nearly three decades, employed by the British Royal Navy to carry out, in its different versions, many operational tasks. The Wessex UH.5, one of the latest version of Westland helicopter, was used during the period of Falklands War in the South Atlantic on 1982, and it was specialized to satisfy the tactical transportation needs of artillery, ammunitions and missile systems. Thanks to its reliability, Wessex UH.5 has also been used for more though duties: the transportation of Royal Marines Commandos during assault and infiltration operations.