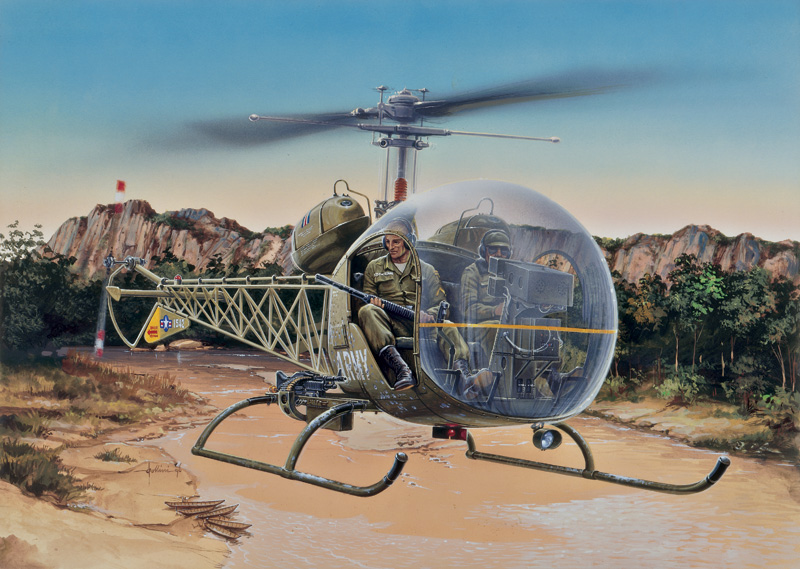 Even if the OH-13 has not been the first operational halicopter, it has certainly become the best known choppen of the fifties and sixties world-wide. Oryginally used by the U.S. Army to evacuate during the Korean War, the Sioux was later used in various version for reconnaissance missions. At the begin of the Vietnam War a few dozen Sioux were used and during the midsixties the OH-13 was deployed for training use. In Europe it was built under license in Italy and Great Britain. It was distributed to practically all NATO Force. To-day the Sioux is also widely used for civilian use and police service in many countries.