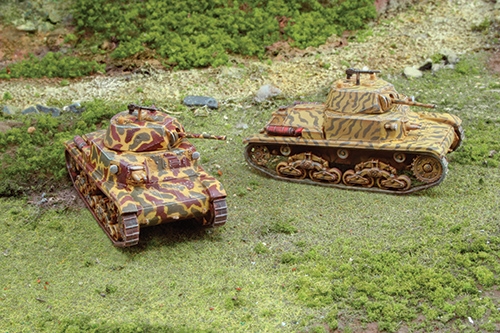 The M 13/40 medium tank entered into service with the Royal Italian Army in 1940, replacing the previous models which were judged to have inadequate armament and armour plates in comparison to the English models met in North Africa at the beginning of the conflict. The M 13 was the first tank of Italian conception with a turret cannon with a 47 mm calibre gun. It was soon proven to be insufficient against the amour plates of the Allies. ?Even so, it was extensively used on all fronts until the armistice in 1943. THE BOX CONTAINS 2 FAST ASSEMBLY MODELS