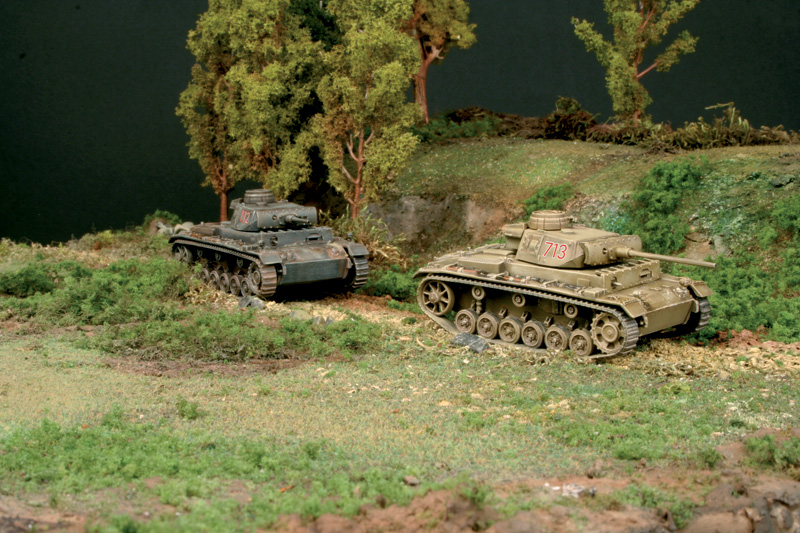 Development of the Panzer III began in the mid-1930s with the aim to make it the backbone of the armoured battalions of the Wehrmacht, alongside a smaller number of heavier tanks (Panzer IV). Initially armed with a 37mm cannon, the Panzer III moved rapidly to a 50mm cannon and, in the upgraded versions (Ausf M and L), to the 75/24 gun with 64 rounds already used on the Panzer IV. Production ceased in August 1943.