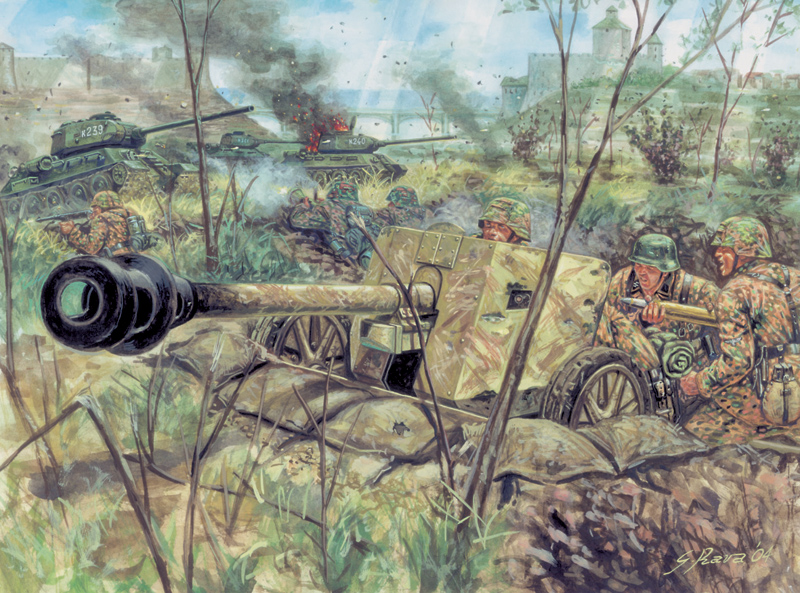 The 75mm Panzerabwehrkanone Pak 40 was brought in service at the beginning of 1941 and became the standard anti-tank gun of the German army. Despite being less powerful than the more famous “88”, it was employed on all the fronts with excellent results. A light and easy to handle weapon, it weighed only 1500 kg and it was able to penetrate a 70mm plate at a range of 2000 meters. Slightly modified, it was also used on tank destroyers like the Marder, the Stug III and the Hetzer.