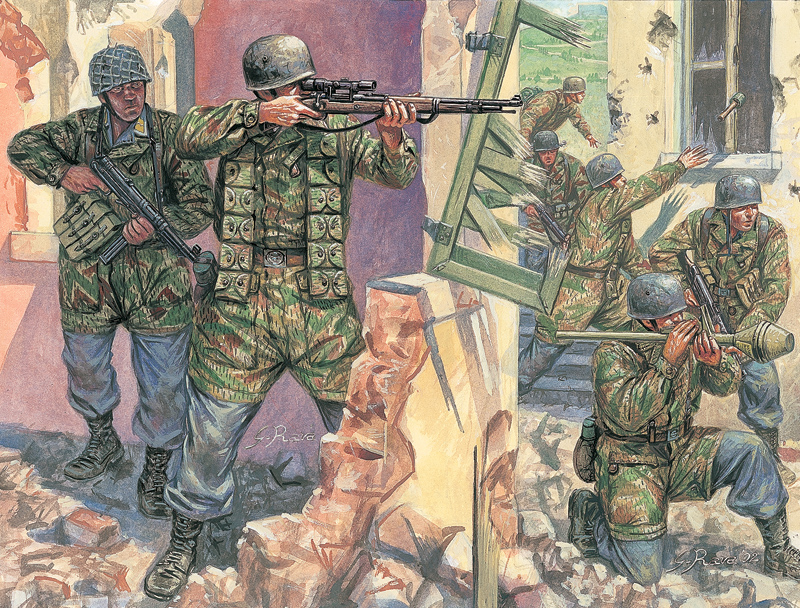 The “Fallschirmjäger” were, during the war, merged in the fighting bodies of the Luftwaffe for a better coordination with the air forces. The conquest of Crete during operation Merkur, in May 1941, was one of the biggest successes of German paratroopers. But the casualties were so high that their use was often limited to an elite infantry role more than as airborne troops. In March 1944, General Kurt Student's 1st Division Fallschirmjäger, holding their ground among the ruins of the Monastery of Montecassino, strenuously resisted the advancing Allies. Their resistance was so fierce that they were nicknamed the “Green Devils”.