Gauls Warriors - I Cen. BC 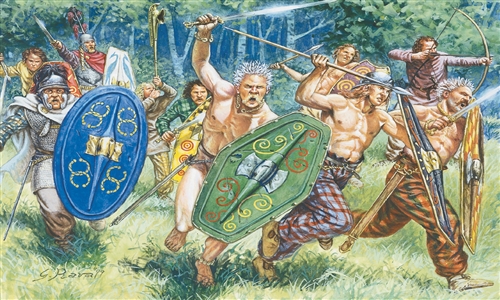 Gauls Warriors - I Cen. BC

The Romans dubbed “Gauls” those Celtic tribes, often fighting against each other, living in the areas corresponding to modern France, Switzerland, Belgium and Holland. The Gallic tribes found occasional political unity only under the pressure of the Roman menace during Julius Caesar's military campaign. The Gauls recognized Vercingetorix as their political and military leader. He was defeated by Caesar in the battle of Alesia (52 B.C.). The Gaul warriors were characterized by their longswords and decorated shields. Many of them fought naked.