Roman Cavalry - I Cen. BC 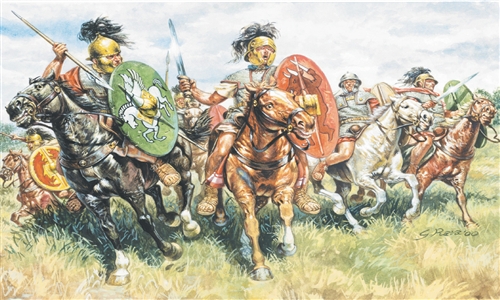 Roman Cavalry - I Cen. BC

Cavalry had an auxiliary role in the Roman age. The Legion, with its extraordinary heavy infantry troops, was the decisive factor in battles. It is worth mentioning that riding a horse and fighting on horseback was not easy, as stirrups weren't used yet. Roman cavalrymen were often auxiliary troops recruited from allies during military campaigns, and their duty was to defend the flanks of the Legion. Soldiers in this kit are represented with the lorica hamata and the characteristic oval cavalry shield.