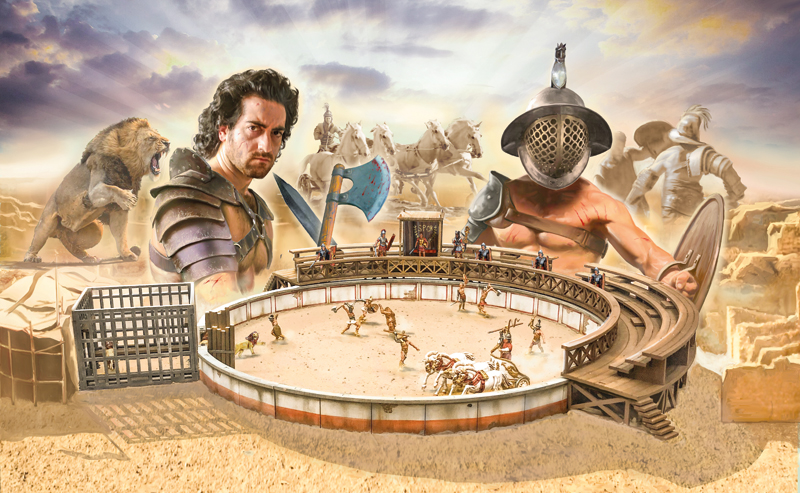 The practice of Gladiatorial fights spread fast in Roman culture. Its origin can be traced back to the munus, i.e., the practice of rich and famous personalities of sponsoring public performances during religious holidays, festivals and events. The Emperor Vespasianus built the largest amphitheater in the world for gladiatorial games: the Flavian Amphitheatre, better known as the Coliseum. The fights happened often took place between couples of different gladiator types such as the myrmillons, the Thracians, the secutores, the retiarii, each characterized by his own equipment and fighting style. Not only in Rome but even in the smallest cities of the Roman Empire an Amphitheatre dedicated to the people entertainments and Gladiatorial fights. The Gladiators improved their fighting skills in the “Ludus”, a sort of training center strongly managed by the “Lanista”. The most important Gladiatorial school of the Ancient Rome was the “Ludus Mangum” close to the Coliseum and connected to it by underground tunnels.