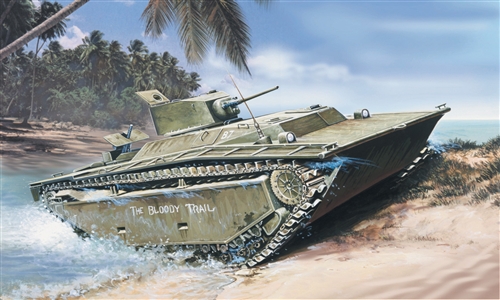 When the LVT-1 amphibious assault tank was first used by the U.S. Marines and the U.S. Army it became clear that a fire support vehicle was needed to protect the troops while disembarking. Thus the LVT version Alligator was created which featured protective armor and ample armament. In its turret a 37mm gun was mounted. It was also equipped with two 7.62mm machine guns.