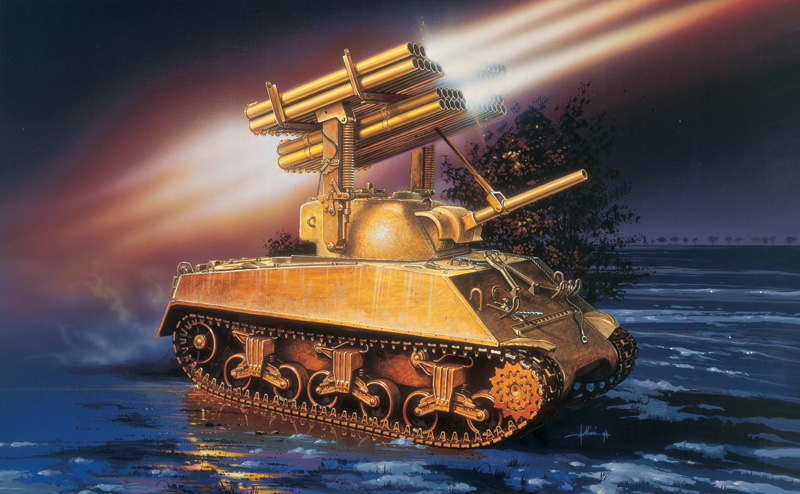 The Sherman was the standard tank of the Allied Forces during World War II and it was produced in many versions: one of them was the highly unusual multiple rocket launcher called Calliope. It saw service at the European theatre in limited numbers towards the end of 1944. The rocket launcher created fire power with limited range and precision.