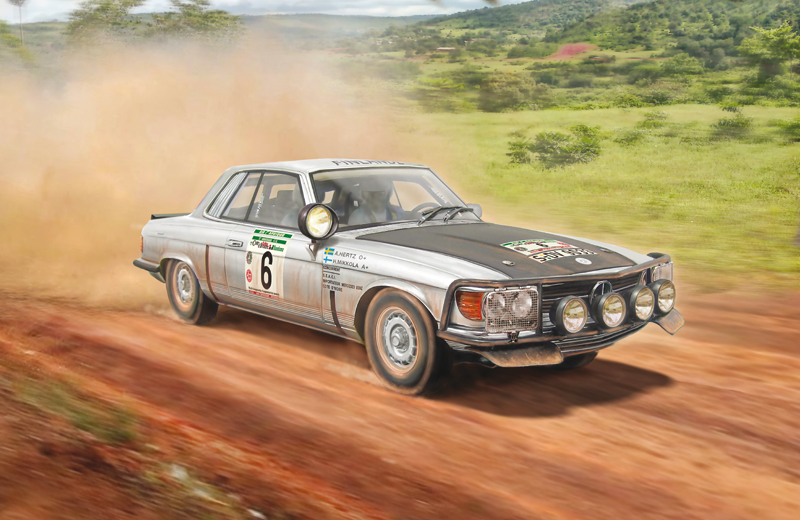 The Mercedes SLC is a luxury coupe produced by the German car manufacturer between 1971 and the early 1980’s. Its development was based upon the earlier launched Roadster model and was characterized by a harmonious and elegant design. The 450 SLC was equipped with a 4520 cm3 V8 engine capable of 225 HP. This high performance was successfully combined with refined styling and the ‘Premium’ quality furnishings selected for the vehicle interior that reinforced the SLC luxury branding in the marketplace. The vehicle was further adapted from the mainstream consumer model to the production of a sports version for car rallying competitions. The chassis was the same, but the rally version introduced a roll-bar, competition rims and aluminium parts and components to reduce the overall weight. All of these factors contributed to increased performance and rallying successes such as the Mintex Rally victory in 1978.