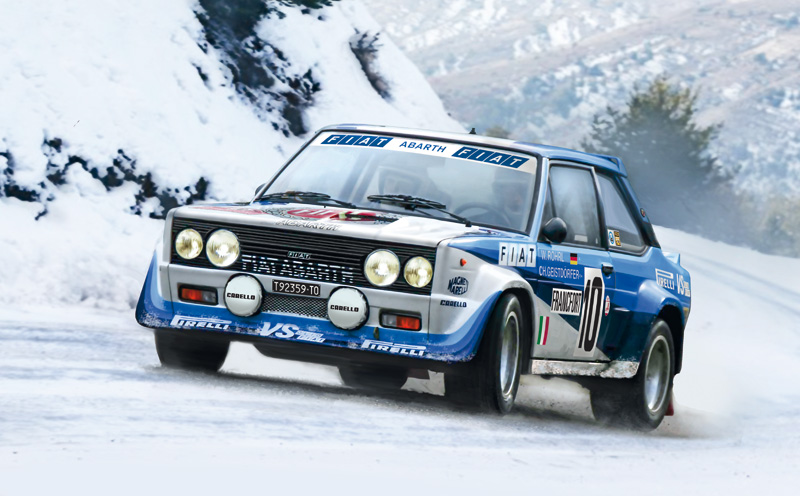 The Fiat 131 Abarth was built on the frame of the two-door Fiat sedan. The development made by Abarth considered several modifications and improvements starting from the reduction of the body weight using lighter materials. Then some new fenders, to permit the adoption of larger wheels, were installed and new air-intakes on the hood and on the sides to optimize the cooling of the mechanics were designed. The engine was a 4-cylinder longitudinal engine characterised by the use light alloy head and 4 valves per cylinder. The Fiat 131 Abarth was built from 1976 and it was used in the World Rally Championship where achieved important results as three manufacturers’ championship, one pilots’ championship and one FIA trophy. It took part in international competitions until 1982 when it was replaced by the Lancia brand cars.