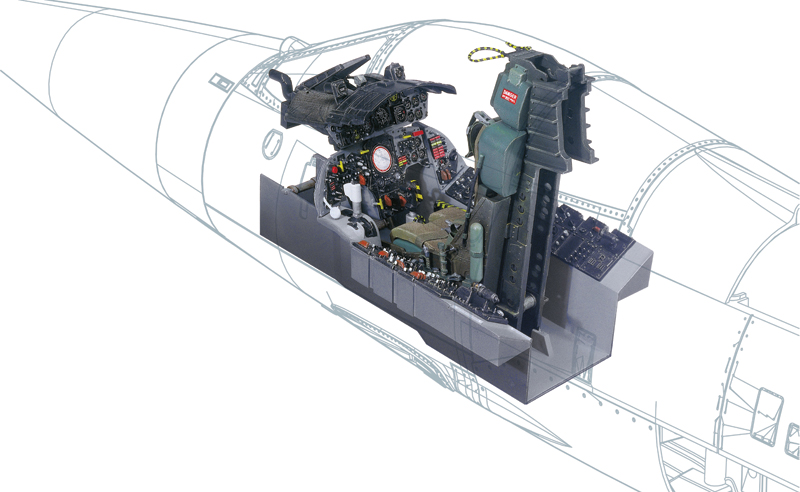 The Lockheed F-104 Starfighter is one of the most renowned fighters in aviation history and also the one with the longest operational service. Its history began at the end of the ‘50s and ended with some air forces in the mid-2000s. Its unique airframe, with slender fuselage and very little wing surface, made this aircraft ideal in an interceptor role. Due to the thrust of its General Electric J79-GE-11A afterburning turbojet engine it could exceed Mach 2,2 with a first class rate of climb. This scale model kit allows modelers to recreate the famous “Starfighter” cockpit with the typical internal layout of the ‘50s and ‘60s fighters, which was ‘home’ to many former NATO pilots. The fine detail of the instrument panel typical of the period, is matched by the highly accurate reproduction of the Martin-Baker ejection seat.