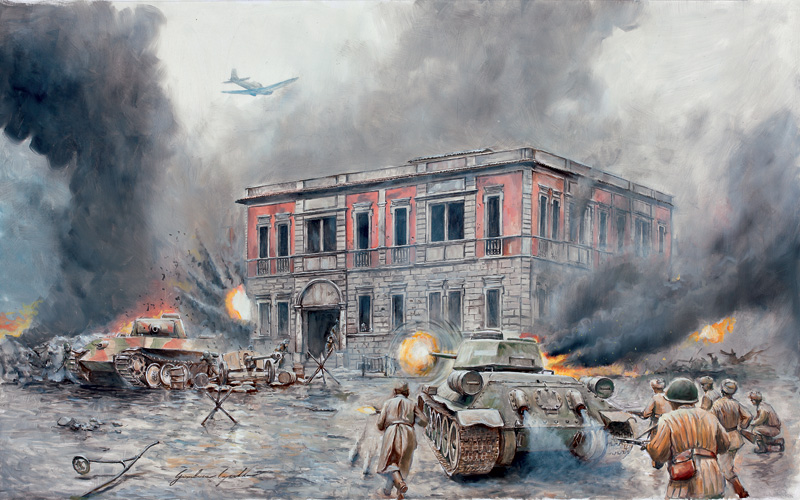 The Battle of Berlin was the last historical military event of the Second World War on the European theater. From the middle of April 1945 the Red Army launched a massive offensive along the Oder River line with the final goal to capture the German capital. Since April 20th  the Russian artillery began shelling Berlin to prepare the way for the infantry divisions and armored troops. The battle ended on May 2nd , after intense and fierce fighting in the ruins of the capital of the Reich, ended with the surrender of German troops. The urban fighting, however, caused a significant number of soviet tanks and armored vehicles losses as results of German anti-tank weapons as Pak 40 and “Panzerfasut”.  The Battle of Berlin is historical remembered for the famous photograph, symbol of the end of World War II and of the Soviet victory, “Raising a flag over the Reichstag”.