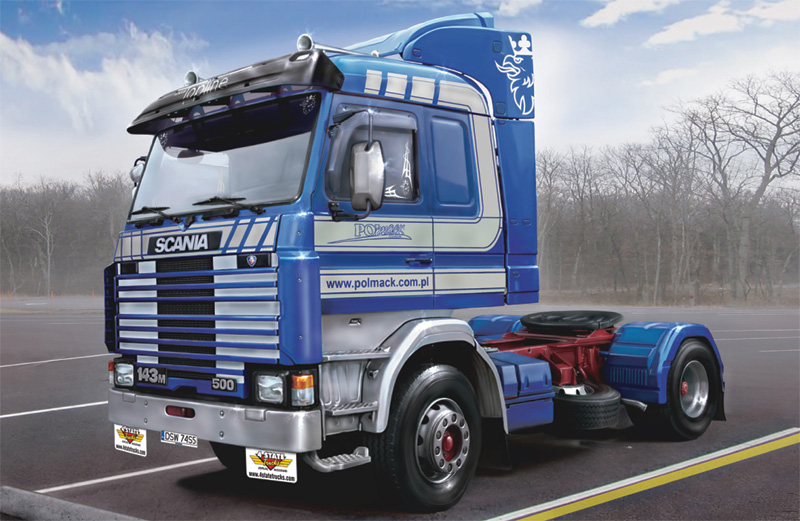 Scania 143M has been a milestone for heavy transport from the late 80s to mid-90s. Scania 143M, assembled in the Södertälje production plant, in Sweden, was one of the most successful models of the "3-Series", introduced by Scania in 1987 as the successor of the innovative "2-Series" of the 80s. Scania 143M, particularly in the 4x2 version, has quickly become one of the best solution for heavy transport duties on road thanks to its qualities of flexibility and reliability. It adopted different engine configurations, including the V8 500 HP combined with a 16-speed gearbox. Even today, after many years from the end of production, it is well remembered by drivers for its comfort and driveability.