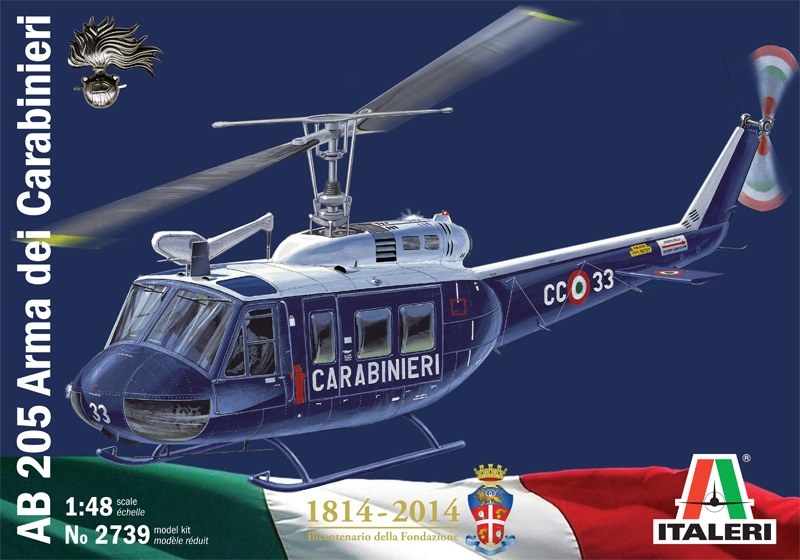 
The AB 205 helicopter is the version of the famous UH-1 “Huey”, widely used by the American Army in the Vietnam war, produced under license in Italy for the Italian armed forces and police, as well as for export to some European countries and the Middle East. This aircraft was designed in the 60s, has proved to be very sturdy and reliable, and has been used in a wide variety of roles: transport, assault and rescue. The versions used by the police are equipped with medical appliances, a winch, speakers for public order work, plus survey and rescue accessories for natural disasters and accidents.