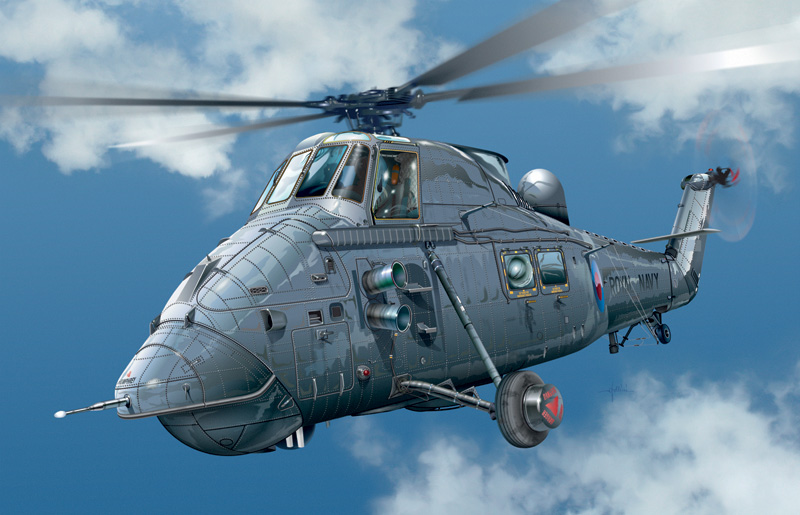 The Wessex HAS.3 was an improved version of the previous HAS.1 helicopter. Between 1965 and 1968, forty-three HAS.1 models were upgraded to the new standard, easily recognisable for the dorsal dome of the search radar that gave the HAS.3 its nickname “Camel”.Apart from this aspect, the modifications focussed mainly on the flight stabilisation system and the mission equipment, including the more effective Plessey sonar. The weaponry for anti-submarine missions typically consisted of Mk.44 torpedoes, or Mk.11 depth charges.Starting in the mid-1970s, the Wessex HAS.3 was gradually replaced by the Sea King, though it remained in service long enough to participate in the Falklands War.