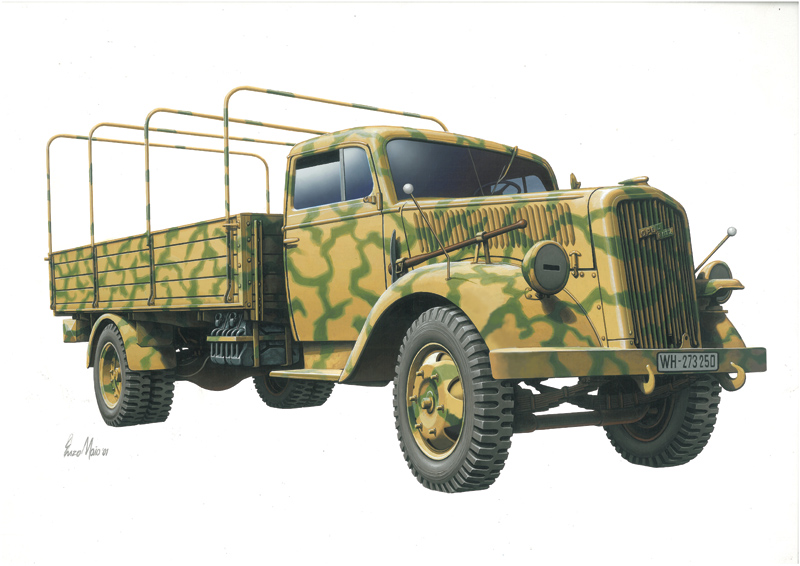 The Opel Blitz was the main German truck of the Second World War. It was substantially used on all fronts and in huge numbers. Due to this Opel Blitz can be considered the “working mule” of Wehrmacht. Thanks to the sturdy frame, the robust system of rigid axles with leaf springs and the twin-wheels on the back, Opel Blitz was able to reach a payload over 3 tons. The Opel 3,600 cc. engine of 3,600, easy to maintained, provided a power of 75 hp. The most popular type was the 4x2 with rear wheel drive. However, there was a 4x4 version that has operated in both Russian lands or in the African deserts. Thanks to its flexibility and its wide rear cargo area, the Opel Blitz was also used in duties other than the pure transport such as platform for anti-aircraft weapons, ambulance, tanker, mobile workshop, command post.