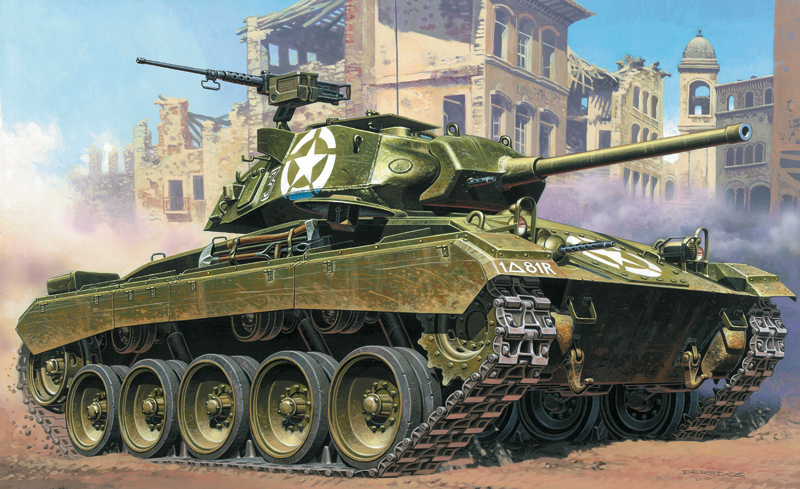 The light tank M 24 has been a project required by the US Army at the end of the 2nd World War to replace the armored vehicles M 8 and M 20 Greyhound that were having serious problems to fight with similar vehicles of the German army. The Chaffee, equipped with a 76 mm gun, was able to fulfill these requirements providing a vehicle with a faster speed and a better equipment. The M 24, mainly active in Italy and Germany during the final phase of the 2nd World War, has been in service with the Allies armies for many years in the Fifties, mainly with the French army during the Indochina war.