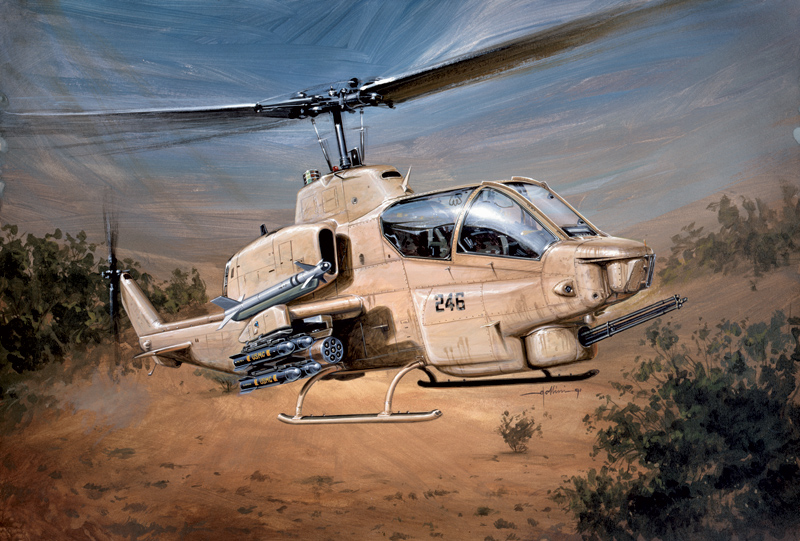 Based on the helicopter design Bell AH 1-Huey Cobra which was used in great numbers in Vietnam, Bell developed the improved version AH-1 W Super Cobra which has better fighting power and other features. First delivery of this prototype to the US Marine-Corps was 1986. The armament consists of a 20 mm-rapid fire gun as well as alternating rockets: Tow, Sidewinder, Hellfire, Zuni and 70 mm rocket.