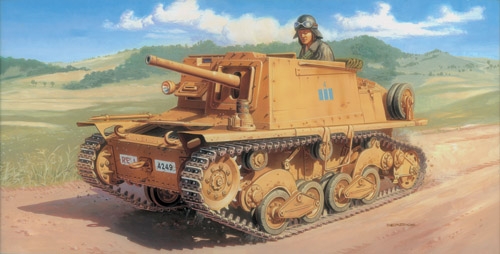 This small tank destroyer was developed by the Italian Royal Army on the basis of the hull of the light L6/40 tank. It was equipped with a 47mm cannon placed in a casemate and although it provided a good ballistic performance, when it was first put into service in 1941 it was inadequate to attack most of the enemy's tanks. The same hull was used to develop a commando version equipped with a radio to coordinate the action of armoured vehicles. The 47/32 L40 self-propelled tank, manufactured in around 300 copies, was widely used in the final part of the war in North Africa. After the armistice agreed in September 1943, the vehicles in Italy that survived the war were seized and used by the German army.