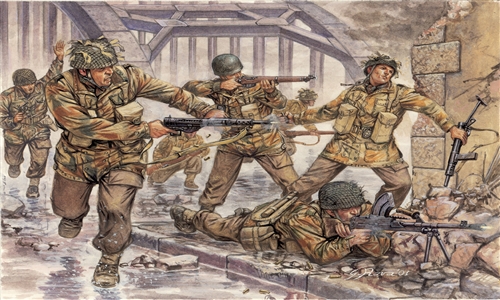 The men of the British 1st Airborne Division, nicknamed “Red Devils”, took part in Operation Market Garden in September 1944. Planned by General Montgomery, it envisaged the fast conquest of the bridges on the Rhein and the Meuse via airborne British, American and Polish troops to secure the advance of Allied armored units into Germany's industrial heartland. But the operation was unsuccessful and the advance into the Ruhr was possible only four months later.