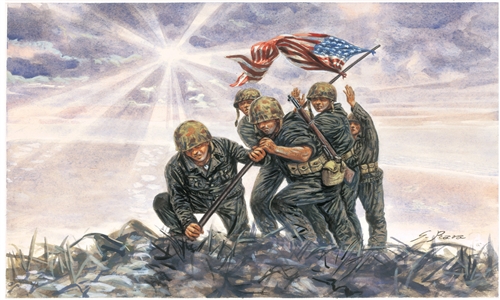 The island of Iwo Jima, like Okinawa, played a fundamental role in the Pacific scenario, because it was close enough to Japan to be used as a base for U.S. Bombers. The battle for Iwo Jima was fought between February and march 1945 and saw the Marines of the 5th Division facing more than 25.000 Japanese led by General Kuribayashi. After the landing of the Marines, the battle was fierce and ended with the securing of Mount Suribachi. On its top, the famous photograph of U.S. Troopers raising the flag was taken.