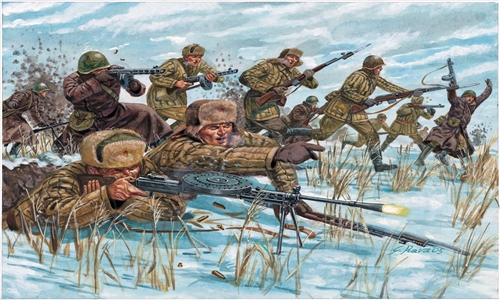 In February 1943, the VI German Army led by General Von Paulus surrendered at Stalingrad. The victory of the Red Army, an important turning point of World War II, became a symbol or Soviet resistance but also of the horrors of war. Street fighting in Stalingrad in the month of December and January took place with temperatures close to -40 C. The Red Army's winter equipment, remarkably better than the Wehrmacht's, was decisive during the battle.