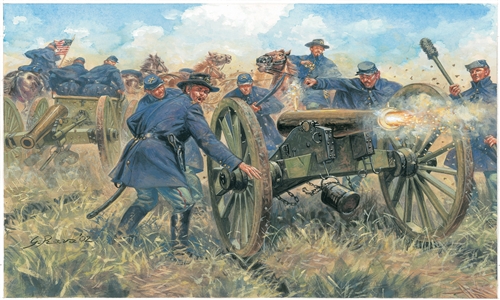 In the summer of 1863, the Confederate army led by Lee played for keeps by sending a large contingent to the North, up to Pennsylvania. It clashed with the Union army at Gettysburg, where the biggest battle ever to be fought on American soil took place. After three days of desperate struggle, the Confederates had to admit their defeat. At Gettysburg, the Potomac army Union artillery contributed to contain the Confederate advance, affecting the outcome of the battle.