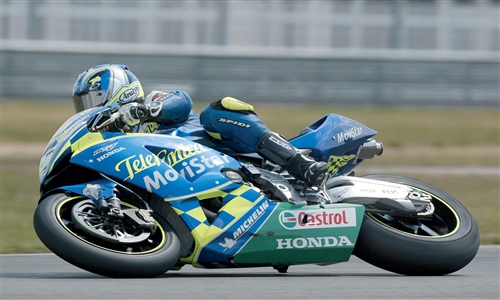 For the second consecutive year, the new top class, the MotoGp, is ready to grant thrilling emotions to all the worldwide motorbike racing fans. Last season, with the arrival of the four stroke engines, a new chapter in the motor racing history has begun and, as usual, Honda has dominated. The innovative RC211V Honda bike enabled the Japanese Factory to win the 2002 World Title in the elite category with great ease and it remains the favourite for the title this year as well. In the past season, the team captained by Fausto Gresini has been the first non-official HRC Team to receive the RC211V starting from mid-season (Brno Grand Prix, where Kato finished a brilliant second)