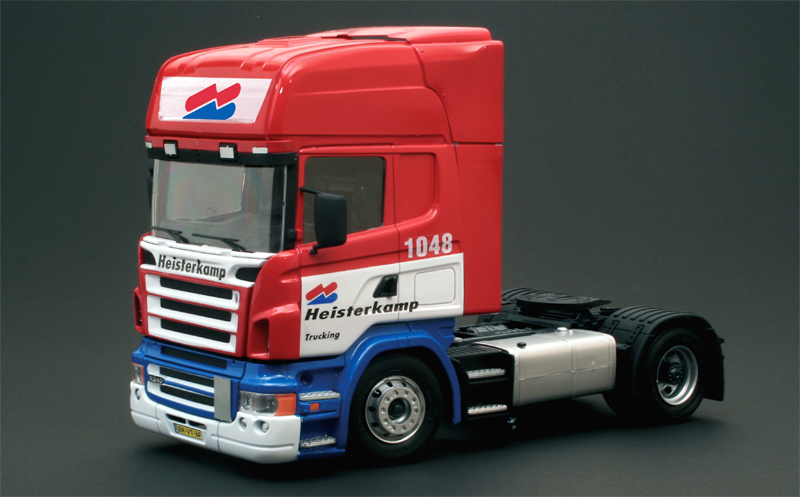 "you have the freight - we the wheels!"

1925: There everything began. The father of Bennie Heisterkamp, the founder of the Heisterkamp group, dared it, to invest the - at that time - enormous sum of 300 guldens for the first truck of the beverage trade Heisterkamp in Ootmarsum/the Netherlands. The truck was mainly meant for transport of beer; Heisterkamp was at that time active as representatives of the brewery Grolsch. For many years the beverage dealer with its t-Ford travelled from customer to customer.
His son Bennie was already at that time completely moved after lorries, but led for the time being to no other operating concept. That should change for 1965: Bennie completed the technical university for mechanics in Apeldoorn and put thereby the foundation-stone for the today's enterprise Heisterkamp. He was at that time driver, mechanic, accountant, agent and planning manager in one person. The large break-through came 1974, when Bennie acquired the permission for freights in foreign countries. A large investment as the charges for that permission was just as much as for a complete truck!
1985 moved the enterprise from Ootmarsum to Oldenzaal. In the mid of the 90ies the first branch office in German TravemŸnde opens, soon thereafter a further one in the Belgian Gent. Further addresses in Trier/Germany, Trelleborg/Sweden and Stettin/Poland followed. Today Heisterkamp is European market leader is in the range of Trailertrucking. In the past the forwarding business experienced a considerable growth. 850 trucks drive today into typical red-white-blue on Europe roads. 1400 employees provide for a smooth operational sequence. Apart from the forwarding Trucking-business Heisterkamp is today also in the sections Truck- and Trailer Rental, Truck- and Trailer-Repairs, Truck and Trailer-Washing and Used-Trucks and Customs service active.