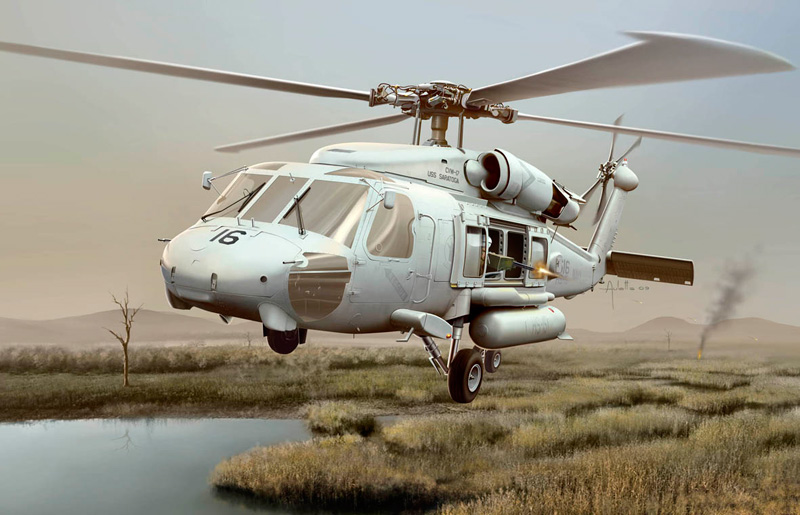 In 1983, the United States Navy received the first SH-60 Seahawk, navalised for use in the naval units. It derives directly from the army’s UH-60 Black Hawk. The twin-engine helicopter manufactured by Sikorsky has progressively evolved down the years and has undergone important modifications in its technology and in avionics. The Seahawk is able to transport antisubmarine weapons (ASW), underwater mines (USW) or anti-ship weapons (ASUW). In particular, the HH-60H Seahawk is destined for “Combat search and rescue”, recovery missions of pilots shot down in combat areas. It is also used for anti-ship missions or to localise and destroy surface targets. It disposes of a great variety of offensive sensors, among which a FLIR pod with laser designator, and defensive, like the ALQ 144 anti-missile countermeasures, which make it one of the best helicopters in the world, able to survive in particularly hostile environments.