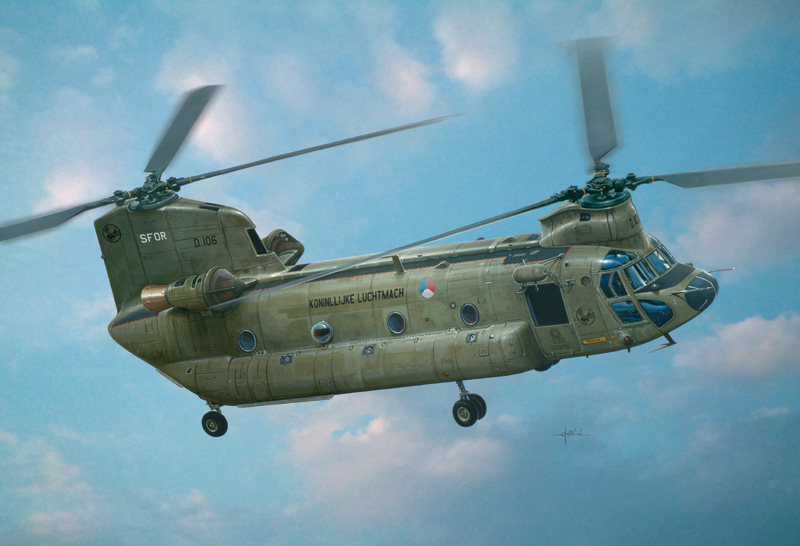 The CH-47 is the most widely used medium transport helicopter of the Western armed forces. It was developed during the sixties for the U.S. Army. It was developed during the Vietnam War where it proved to be extremely valuable for the movement of troops and material. It ?was used as a heavily armed gun ship version. During the last twenty years the Chinook was produced in more up-dated versions for many countries.