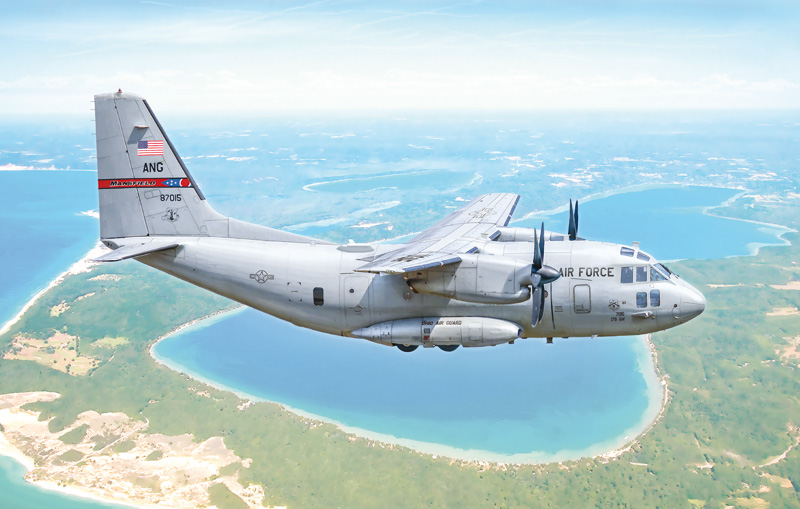 The Aeritalia G-222 twin-engine transport aircraft was designed in the late 1960s by the famous ing. Giuseppe Gabrielli, fighter designer such as G.55 and G. 91 and was born for a specific need of the Italian Air Force: to have a tactical transport aircraft, smaller than the four-engine Lockheed C-130 Hercules, able to take off and landing from very short and unprepared runways. The two turboprop engines are able to make the G-222 reach 480 km/h and the aircraft is characterized by excellent maneuverability even when fully loaded. Since 2005 it has been progressively replaced by its evolution, the C-27J Spartan. The Alenia C-27J Spartan is the new extensively updated and improved version of the G 222 tactical transport aircraft. The Spartan is equipped with two new and powerful Rolls-Royce AE2100-D2 turboprop engines capable of bringing the aircraft up to speed. of over 600 km / h. It can carry up to 68 soldiers or 46 fully equipped paratroopers, or over 11 tons of materials. The version supplied to the Italian Air Force also includes 2 Head Up Displays, digital cockpit and advanced avionics systems that give the aircraft all-weather capabilities and in the most risky operational areas. It has also been used in Afghanistan to support military and humanitarian operations.