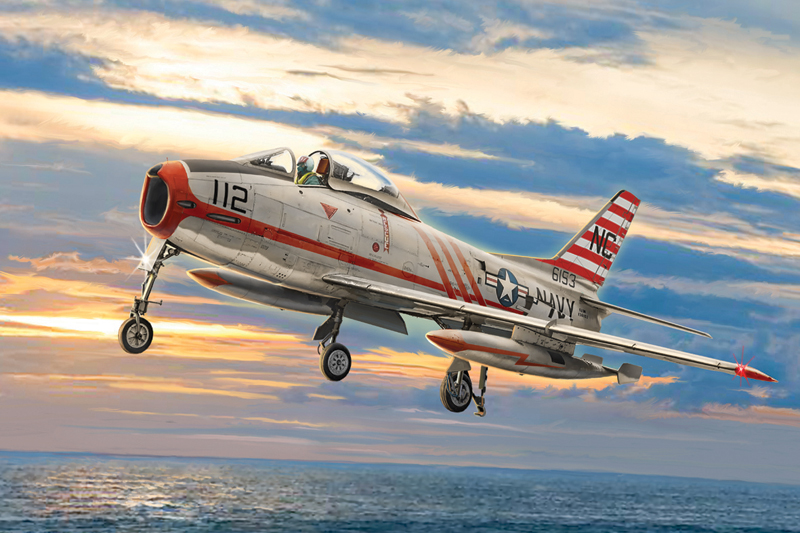 The development of the North American FJ-2 Fury was the result of a request from the United States Navy and the United States Marine Corps for the provision of a carrier-capable version of the F-86 Sabre swept-wing fighter. The carrier-capable aircraft of the period still used a straight-wing design which made them inferior to the feared Soviet swept wing Mig-15, which was extremely manoeuvrable and with a high operational capability. Production of the Fury began in 1952 with the required structural changes for take-off and landing on aircraft carriers. To maximise on-board carrier space the plane utilised folding wings, had a longer nose and reinforced landing gear. Thanks to its General Electric J47 jet engine, the Fury demonstrated good flight performance and a top speed of 1,086 km / h. It was armed with 4 Colt Mk 12 guns installed in the nose. The subsequent version, the North American FJ-3, was equipped with a new engine and provided even better operational performance.