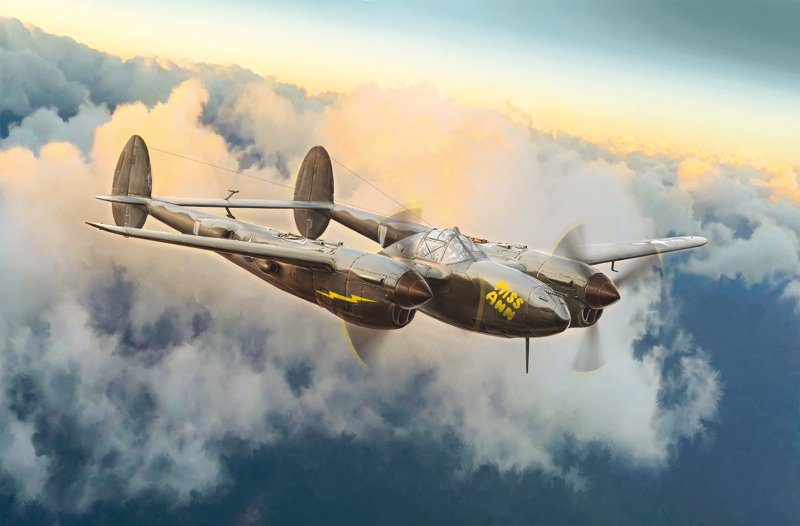 The Lockheed P-38 Lightning was certainly one of the foremost aircraft of WW2 in terms of aerodynamic structure and design. It was a revolutionary heavy fighter with a twin-boom fuselage where the two engines were installed. The pilot was accommodated in a leading edge cockpit at the centre of the aircraft. The P-38 could reach a top speed of over 660 km/h thanks to its two 12 cylinders liquid cooled V-1710 Allison engines, each capable of 1,425hp. It was armed with four Browning 12.7 mm machine guns and one Hispano M2 cannon which ensured highly effective firepower. The P38 was not particularly manoeuvrable compared to other single-engine fighters of the period, but it was very robust and stable. It’s huge versatility made it a key aircraft both on operations in the Pacific theatre and on escort missions for long-range bombers over Europe. The P-38 with its characteristic shape and its ‘fear effect’ was nicknamed ‘the fork-tailed devil’ by enemy pilots.