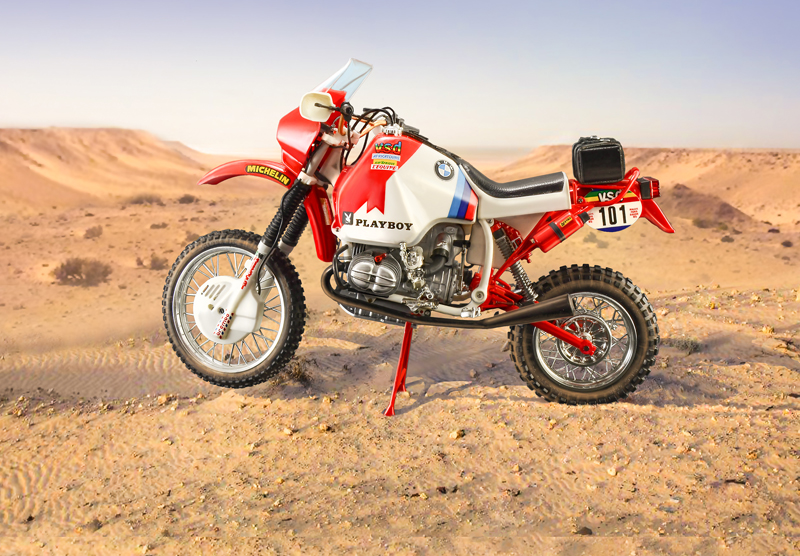 During the 1980s ‘Paris-Dakar’ was one of the most important events for all fans of two and four wheels. In the mid-80s the German manufacturer BMW created a special series of the famous R80 GS motorcycle dedicated to this prestigious ‘off-road’ competition. Beginning with the chassis of the standard version which was much appreciated by customers for its solidity, robustness and reliability, the Munich based manufacturer made several more modifications and improvements. In addition to the technical innovations that increased the off-road and endurance capabilities such as the tires, reinforcement bars and the specific rider protection features, the most significant element was the large 32-liter oversized tank specifically developed for the special version. Great attention was also given to the bike graphics with the application of the famous BMW Motorsport three colours of blue, purple and red livery. The bike was produced in limited numbers from 1984 to 1987 and is still highly appreciated by collectors and two-wheel fans.