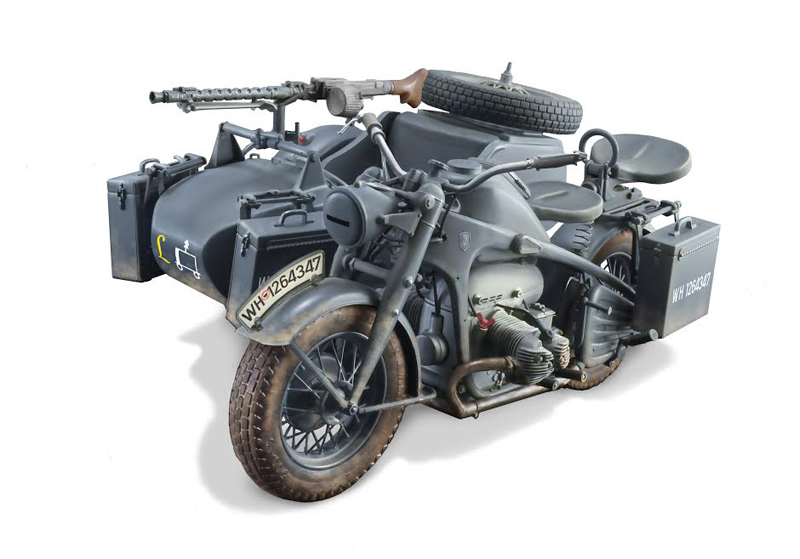 The motorcycle and sidecar Zundapp KS 750 was widely used during the Second World War by the German army on numerous battlefronts. The development, based on a specific OKH need, was set up in 1937 and rnade by Zundapp and BMW. Thanks to the 751 cc boxer twin-cylinder engine capable of delivering 26 HP, the KS 750 could reach the top speed of 95 km/h. For the gearbox was adopted a “four speed” lay-out with the reverse gear. Together with the BMW R75, with which the KS750 shared many technical components to improve the easiness of maintenance and availability of spare parts, it was used to perform a wide variety of duties from transport to reconnaissance. For several duties it was substituted very soon by the Kubelwagen, more practical and easy to produce and maintain. It could be armed with a MG34 machine gun installed in the sidecar's boot.