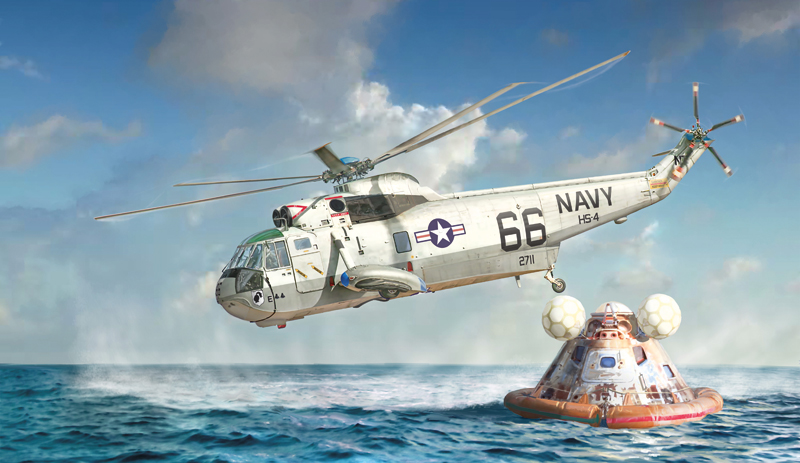 The twin-engine helicopter SH-3 Sea King, developed and produced by the American company Sikorsky Aircraft, entered service in the ‘60s and it was widely used for years by the U.S. Navy to carry out numerous tasks and operational activities. It’s main role of Anti-submariner warfare (ASW) helicopter was flanked by transportation and Search and Rescue (SAR) missions. Thanks to its design based on a sturdy structure, the folding main rotor blades and the tail section, the Sea King was the ideal solution to be used in naval-orientated operations and to be used on-board of the U.S. Navy ships. Furthermore the Sea King was the first helicopter to have amphibious capabilities. It could load a wide variety of armament as torpedoes, depth charges and anti-ship missiles. The SH-3 Sea King was also produced under license in Japan, in United Kingdom and in Italy. Among the most interesting version the Sea King S.A.R. that recovered the crew of the lunar mission “Apollo” in 1969.